Latest Release in the Portal Future

A novel length sequel to the short story Hera 2781.

Now Drago and his team leader and second cousin, Jaxon, are famous. Worryingly, Drago learns Jaxon has a mysterious secret and a past history of erratic behaviour. It’s vital that Drago keeps both of them out of trouble and away from nosy reporters, because Jaxon could do or say something that deeply embarrasses both the Military and their Betan clan.

The Military is helping by sending their fighter team on a mission somewhere inconspicuously boring. That destination definitely won’t be Hestia, the perpetual trouble spot of Alpha sector.

All Books in the Portal Future 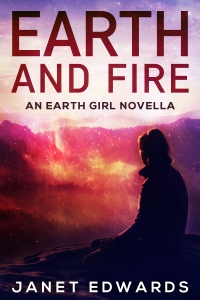 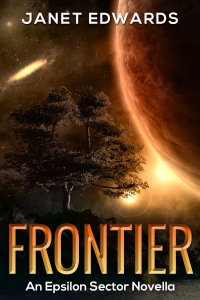 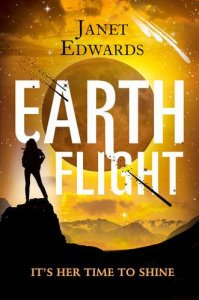 (This can be read either before or after the Earth Girl Trilogy.)

2408. Humanity has travelled to the stars through interstellar portals, but the rebels and criminals were left behind on a ruined Earth. Eighteen-year-old Blaze is one of the last seven hundred people scavenging a living in an increasingly lethal New York. She’s survived this long by being too unimportant to kill, but the alliance is on the brink of starvation, and an old enemy is trying to seize power. When an aircraft carrying three off-worlders crashes in New York, Blaze is forced to step into the spotlight.

Blaze must adjust to being deputy leader of the alliance, and help her father deal with the twin threats of a fugitive Cage hiding somewhere in the area, and his old supporters causing trouble. When a hunting party fails to return, the situation starts spiralling out of control, and the alliance’s off-worlder guests have a key part to play.

Lieutenant Drago Tell Dramis is a newly trained fighter pilot heading out on his first mission. This is the moment he’s dreamed of for years, but his dream is turning into a nightmare.

Drago Tell Dramis’s first mission as a newly qualified fighter pilot ended with him and his team leader becoming Military heroes. Now they need to avoid nosy reporters and stay out of trouble. They most definitely won’t be going to Hestia, the perpetual trouble spot of Alpha sector.

Set in 2788, the year before the Earth Girl trilogy

A lot of readers told me they’d like to know more about the backgrounds of the other characters in the Earth Girl trilogy as well as Jarra.

(These stories will be of special interest to people who’ve read at least the first book in the main Earth Girl trilogy.)

(These can be read either before or after the main trilogy. New readers will get a first introduction to Jarra and her 28th century future earth, while existing readers will learn more about Jarra’s past and what made her into the girl they met in EARTH GIRL.)

Tortured by the knowledge the stars are forever out of her reach, Jarra dreams of learning to fly a plane so she can at least make the skies of Earth her own. Go into the fire with Jarra!

The second in the Earth Girl prequel novella sequence. Jarra is spending the summer at New York Fringe Dig Site with her school history club, but sprawling ancient ruins of New York contain the lethal legacies of the past as well as its treasures.

June 2788. Amalie’s the last unmarried girl in Jain’s Ford settlement. Amalie turned seventeen six months ago, and she’s had nineteen perfectly respectable offers of marriage. Everyone is pressuring her to choose a husband, or possibly two of them. When Amalie’s given an unexpected chance of a totally different future, she’s tempted to take it, but her twentieth offer of marriage is one she can’t possibly refuse. (This can be read either before or after the main trilogy.)

The year is 2788. Humanity uses interstellar portals to travel between hundreds of colony worlds, but Jarra is one of the unfortunate, despised few born with an immune system that means she can only survive on Earth.

Earth is in danger, and Jarra is caught in the centre of the maelstrom. Earth is the only world where Jarra and the others born with her immune system problem can survive, but will the rest of humanity consider their home world worth fighting for?

Jarra’s actions have repercussions that spread further than she ever could have imagined. Her life, and everything she’s fought for, is in danger. It’s time to risk it all!

Set after the Earth Girl trilogy