Happy 2019 and some exciting Russian news

My New Year post is a few days late this year, but at least I managed to get the traditional New Year short story up on time. If you haven’t read Your Move, Drago yet, the 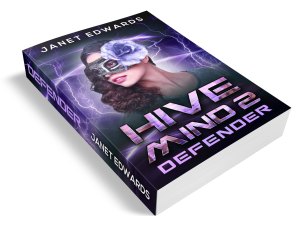 The highlights for 2018 were the publication of another Earth Girl prequel novella, Earth and Air, and the third Hive Mind book, Hurricane, but there is also some exciting news for anyone who speaks Russian.

The year started with the publication of  the paperback of

Earth and Air was published in June as an ebook, with the paperback following in August. Earth and Air is the sequel to Earth and Fire, but significantly longer. You get fifty per cent more Jarra!

Earth and Air is the second in what is planned

to be a set of three Earth Girl prequel novellas following Jarra’s adventures in the summer before the start of Earth Girl. I don’t yet have a planned release date for the third novella – called with staggering originality Earth and Water. I’m currently focusing my efforts on full-length books because those generally seem more popular, so Earth and Water will have to wait until I have a suitable gap in my schedule.

Hurricane was my Christmas ebook release, so there was the usual last minute rush to get it published before the Christmas holidays. I’ve been glad to hear that people are enjoying the latest adventure of my telepath and her team, so the effort was definitely worthwhile.  The Hive Mind series is planned to be open-ended, and I have ideas for several future books.

And the exciting Russian news is that the Earth Girl trilogy is being published in Russian translation by AST. I knew this was going to happen last summer, but didn’t expect any books to be published until well into 2019. In fact, I discovered a few weeks ago that the Russians have moved much faster than I expected. My information is totally dependent on Google Translate, so Russian readers will be much better informed than me, but I believe Earth Girl has already been published in Russian while Earth Star is available for pre-order.

As always, I’d like to thank you all for reading my books,

recommending them to your friends, sending me so many encouraging messages, and taking the time to do reviews and ratings. Your support is vital and greatly appreciated.

And finally, last January, I asked my newsletter list for volunteer beta readers. I had such a wonderful response that I’ve only been able to ask a small percentage of people to beta read so far, but I’d like to thank everyone who volunteered.